The QR code was first designed in 1994 for the automotive industry, helping Japanese car manufacturers keep track of parts. While they gained popularity in other industries over time, it wasn’t until 2011 that the option to make payments with these two-dimensional bar codes arrived. Alipay allowed stores to accept payments from Alipay Wallets by scanning a QR code. From there, the technology fast became a mainstay of digital finance.

This application gave the ageing QR code a second lease on life. Once thought of as antiquated and old-school, it was suddenly the cutting edge of technology for small businesses. Signs indicating and offering payment options using them now show up in virtually any restaurant or retailer and even some service-based businesses. Such a reversal of fortunes for such a simple piece of technology deserves closer examination.

What is a QR code?

As explained above, QR codes were invented in 1994 to make life easier for the Japanese auto industry. Unlike a traditional barcode, the bizarre pattern of squares arranged in a grid that we know and love today can store a broad spectrum of information.

Using the example of auto parts, a standard barcode can only identify a type of part, either through its arrangement of broad and narrow bars (and the gaps between them) or using the number underneath. So, for example, you might be able to figure out that the item being scanned is the bonnet roof for a specific model of car and a selection information directly associated with it (the price, for example) can be displayed.

Because QR codes are two-dimensional, there is a lot more opportunity for variety. Where the thick and thin bars can only convey a limited amount of data, the size and formation of squares in a QR code can be individually tailored to tell you the type of part, the date and place it was manufactured, the lot number, the date it arrived in the warehouse and so on. As one code can be subtly different from another in millions of different ways, you can have a QR code for each individual item of stock instead of a barcode for general types of item.

And yet this technology spent nearly 20 years being largely overlooked. Its industrial applications are clear and undeniable, but despite the best efforts of marketers, everyday consumers were resolutely failing to use them. Marketers could (and routinely did) slap them on products and advertisements as a “simpler” way to take consumers to a website, but the use rate remained perpetually low.

The QR code got its second chance when it emerged as a method of conducting contactless payments. It first became an option in Japan and China, where digital wallets are more widely used and where typing web addresses and other inputs is far more of a chore, particularly as the alphabets are not Roman-based as virtually all of the internet initially was. In 2017, $15.4 trillion had been processed by Chinese mobile payment systems, mostly using QR codes. However, the era of social distancing has also made European and US businesses give QR codes more serious attention, too.

The breakout into the western world has largely been led by Australia — understandable given its closer ties with Asia. The New Payments Platform(NPP) is a new payments infrastructure allowing Australian customers, businesses and government agencies to make real-time, data-rich payments through QR codes. Singaporean banks and businesses have also been advocating their use and several European digital wallet services have adopted them. QR codes have even started making some headway in the US, with businesses like Starbucks, Target and Walmart offering them as a means of in-store payment.

The advantages of using QR codes in these cases are clear:

-     Handling payments in this way is both quicker and more convenient than any and all other methods, up to and including payment in cash. Aside from anything else, it requires the customer to have nothing more with them except their phone.

-     This method also reduces the need to physically interact with another person to zero — a fact that no other payment method can claim. There is no need to enter a PIN or sign a receipt, for example. In a time when we are all forced to minimise our direct interactions with strangers, such a process could be quite literally described as a lifesaver.

It is worth noting that the smartphone is an essential ingredient in the renewed success of the QR code. The smartphone as we know them today only really emerged in 2007, when the first iPhone was unveiled, long after the QR code had first been developed. The fact that such devices have an integrated camera and the technology required to decode the QR code and display the information stored within it has been a major factor in their rapid rise to prominence as a payment method. So too has the remarkable spread of smartphone use around the globe.

From Alipay’s initial application of allowing customers to quickly process payment for goods, the uses of QR codes has expanded quickly. You can now see them virtually everywhere, being used in a variety of ways:

1.      In shops — QR codes are routinely displayed by the checkout in shops and restaurants, where they provide a direct link to the business’s payment details. One quick scan from their banking or digital wallet app and the account name and number is automatically entered for them. All they need to do is enter the amount owed and hit send to process payment, minimising physical interactions and complexity.

2.      Attached to packages — QR codes enable customers to confirm receipt of a package and process payment for it without having to handle anything other than their own smartphone.

3.      By service providers — Those running service-based businesses like gardeners, housekeepers, babysitters, home repair and many more can use QR codes as a cashless means of accepting payment for services.

Why aren’t they everywhere already?

Given the many obvious advantages of the QR code, it is perhaps remarkable that their dominance of the contactless payment landscape remains limited to Asia, with the western world only just starting to dabble with them as an option. This is partially due to the competitors that preceded them, with options like Apple Pay, Google Pay and banking apps being more widely used in the US and Europe than elsewhere.

However, the two biggest proponents of QR codes — Alibaba Group Holdings and Tencent Holdings — are growing in market value and global prominence. While they still lag behind the five big US tech firms (Apple, Google, Amazon, Microsoft and Facebook), their continued growth and the high levels of customer satisfaction from those using QR codes will likely result in the funny patterns of squares and grids becoming more widespread. As the concept of a cashless society becomes increasingly appealing, QR codes will undoubtedly become even more important as a means of facilitating direct bank transfers between individuals and payments for products and services.

This article is provided to you by DeeMoney. Thailand's money transfer solutions provider licensed by the Bank of Thailand. Interested in transferring money from Thailand to the world? Download the app from the Google PlayStore or the Appstore to get started.

Open Banking has the potential to be the key to unlocking the future of financial services. It allows a greater flow of data, creating opportunities to use it more efficiently and effectively than it has been to this point, particularly by fintech firms. 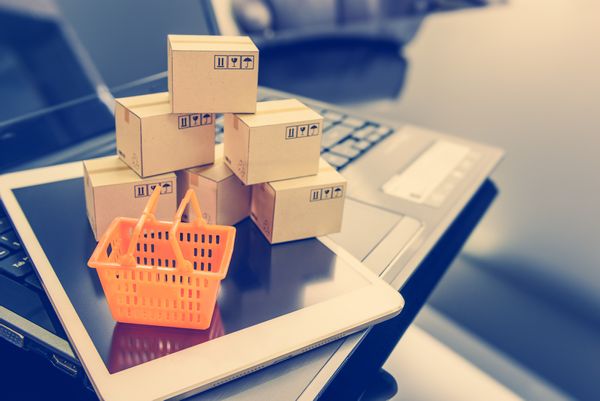 In an increasingly digital and globalised world, the thought of handing over a paper cheque to finalise a business deal now seems curiously quaint and old-fashioned, not to mention hugely inefficient.