Artificial intelligence (AI) and machine learning (ML) are the current hot business trends, with no shortage of companies across multiple industries hoping that this new technology will give their business an all-important edge. There is certainly a lot of potential in it, with predictive analytics and automated responses taking tasks that would ordinarily have taken human personnel a lot longer to enact. And yet, relatively few businesses are reporting a return on their investment.

Of more than 2,500 senior executives surveyed across 29 industries in 97 countries, 90 per cent saw AI as a business opportunity but 70 per cent had reported little or no gains from implementing it. This means that, potentially, a lot of companies are pouring a lot of money into something sounds impressive in theory but achieves very little in practise.

It’s not the AI’s fault

One potential hazard with investing in a new tech solution to an old problem is that it is implemented without proper thought into how to use it effectively. Unsurprisingly, such has been found to be the case with companies investing in AI. This puts a different spin on the survey results above, implying that only 30 per cent of companies have fully understood what they are buying into and how to utilise it effectively.

Also somewhat unsurprisingly, it is the tech and IT industry that is leading the way in terms of reporting a positive business impact as a result of AI in the past three years. The same survey found that 48 per cent of tech industry respondents had achieved positive results - a considerable step above other industries. The next highest was the energy industry, where only 37 per cent of respondents reported positive business impacts. This reduced down to a mere 22 per cent from government respondents.

Arguably the biggest problem with how businesses are approaching the subject of AI is that many see it more as a threat to them than an opportunity. Again from the same survey, 45 per cent of respondents felt that the technology posed a risk to their business, and that percentage has been climbing over recent years.

By “risk”, we’re not talking about a Terminator 2: Judgement Day sort of risk. Businesses are not concerned about Skynet releasing an army of killer robots on their workforce. Instead, they’re concerned that it will destabilise established industries. In the words of Shivaji Dasgupta, the managing director of Deutsche Bank, the fear is there will no longer be “a level playing field”, especially in highly regulated industries like banking.

To be fair, this fear is not unfounded. The banking industry, perhaps more than most, has been shaken up a lot in recent years. New competitors have entered a scene dominated by well-established firms and have very rapidly grown in popularity. In particular, tech companies like Apple and Amazon came in with the likes of Apple Pay and Amazon Cash. With their massive amounts of data and the ability to understand, develop and implement AI solutions, their moves into the financial services sector have posed a significant threat to companies like Deutsche Bank and other previously unopposed heavyweights in the field.

The problem is that investing in AI just because your competitors have done so will only ever result in wasted money.

Those companies that have achieved success with AI have done so because they used it as a tool to enact their business strategy and not as a shiny bauble to distract investors and shareholders with. It is not even enough just to have a strategy for using AI. The most effective results are achieved by developing an overall business strategy first and then asking how AI can support efforts to fulfil that strategy.

Werner Boeing, CIO at Roche Diagnostics, put it very well when he said, “AI is not, in itself, a separate agenda. It is a subset of the tooling and the capabilities and methods we’re using [to pursue strategic objectives].” Roche look upon AI as one of many possible solutions to the challenges they face, giving them the flexibility to find the right tool for the job rather than trying to figure out how to use AI for tasks it is fundamentally ill-suited to.

When you apply the approach of starting with strategy, that does not necessarily mean that companies need to apply AI to their biggest corporate objectives right from the outset. Indeed, AI technology presently has limits to its capabilities, which inevitably means that it will have limits to its applications. Additionally, demanding such significant results without developing the technology first is a recipe for disappointment at best - disaster at worst.

Instead, many business leaders have started by asking relatively little of AIs, applying them to help fulfil relatively minor goals first. With some easy and early wins, they can gain experience in how best to use the technology and how to develop it so that it can be properly used for bigger and more significant challenges.

A great example of this in action is provided by global insurer Generali. The COO at Generali Italia, David Cis, reported having eight use cases already in action at enterprise scale, resulting in hundreds of thousands of transactions now being automated. This gradual approach to applying AI to business practises helps to highlight the technology’s potential instead of its faults. “Certainly, we see many areas where the business model can be radically changed,” said Cis. The company is now looking at how AI can be used to support their core commercial processes instead of just ancillary processes in a single regional office.

Most of those companies that have seen the greatest success with AI have done so as part of a more general digital strategy - 88 per cent of them, in fact. However, it is important to note that AI implementation was a means to and end, not an end in an of itself. The strategic goal, in many cases, was to transform the business into one that is ready for the digital age, which AI was able to support.

Relatedly, survey data revealed a correlation between the perceived potential benefit of using AI against the respondent’s confidence for the future. About 56 per cent of those that saw it only as a means of reducing costs were doubtful that further savings could be achieved in the next five years. By contrast, 72 per cent of respondents who had focussed instead on revenue growth expected to see continued growth in the same five years. While AI can achieve quicker and easier wins when applied to cost saving, the successes are relatively short-lived and severely limited compared to focussing on revenue generation applications.

So, it is pretty clear now that AI will have the most impact on a business when considering the overall business strategy first and then thinking about the potential applications for the tech, rather than allowing the tech to dictate the strategy. However, execution is still where many companies are seeing disappointing results, with a hefty percentage of companies seeing no return on significant investments.

Reasons for these disappointments vary from business to business, but trends include issues with the data the AI has to work with as well as delays with scaling AI solutions beyond the proof-of-concept phase. It is unnerving for companies to phase out tried and tested processes in favour of AIs with comparatively limited proven success, making the latter of these trends especially understandable.

It’s worth noting that those AI pioneers that have seen the most and the quickest successes are also those that took the greatest risks. They are the companies that have applied AI solutions to all areas of their business and have scaled those solutions more rapidly.

However, that doesn’t mean throwing AI at every possible problem and hoping some of them stick. Those that have achieved billions of dollars in impact have done so in important but very specific project areas. They have done their research before even applying the technology and targeted those projects with the greatest potential for transformative impact. They picked the projects where they knew AI would work and scaled fast, rather than projects where they only hoped it would work and scaled cautiously.

Every product needs a consumer

One side of the question of how to get a good ROI from AI that is often overlooked is the consumer. Production certainly has its limitations, not least the shortage of skilled developers, but having a product that no one wants to use is just as much of a waste as any of the other issues we have discussed.

By ‘consumers’, we do not necessarily mean the end customer. For example, banking customers are currently desperately keen for more digital solutions. However, banking executives are less sure of the technology, in part as a result of not fully understanding how it works and what it can work on. With only an abstract understanding of the technology - probably one coloured by the negative representation in Hollywood movies - the concept of artificial intelligence probably seems like something to be afraid of rather than embraced.

Even with those comparatively few executives who do see some potential in the application of AI, the fact that many AI solutions do not immediately result in massive successes and revenues can create issues. Those that were only willing to give it a test might have their curiosity quashed by initial expenses and disappointingly slow returns. It might also seem counterintuitive when automated processes intended to reduce time wasted on repetitive tasks then initially drains employee time because of the need to learn the new approach.

Unfortunately, this is ultimately something that needs to be embraced as part of the process. In both cases, updating the knowledge and expectations of executives is essential since these issues are currently unavoidable.

While bold actions involving the application of AI have been successful for some companies, it is worth noting that most of these success stories have come through improving on existing business processes. This has included refining and optimising sales, marketing, pricing, servicing, forecasting, manufacturing and so on. It is the business equivalent of altering and replacing components to make an internal combustion engine run at a better mileage. Relatively few initiatives have completely replaced the engine with something radically new. However, this is where AI’s greatest potential lies.

We said, to begin with, that many executives fear that AI will disrupt their industries and that their response has been to improperly implement the technology in order to compete. While the response was suboptimal, the fear is well-founded. AI has the potential to create substantial disruption in many (if not most) industries. Those that have been quickest to accept this reality and adapt to it have already seen the greatest returns on their investments. Those that resolutely refuse to look to the future will inevitably do so at their cost. While it is important to think first about business strategy before considering how AI can help to achieve it, it is just as important to have AI as a part of that strategy.

This article is provided to you by DeeMoney. Thailand's money transfer solutions provider licensed by the Bank of Thailand. Interested in transferring money from Thailand to the world? Download the app from the Google PlayStore or the Appstore to get started. 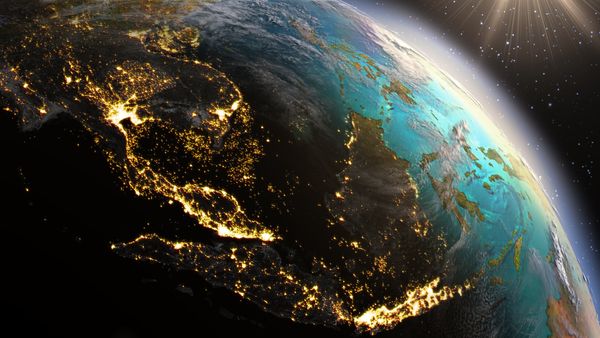 The same way we have gone through the Industrial Revolution, we are now going through a Digital Revolution. This time, the people of South East Asia are not just following, but also leading. 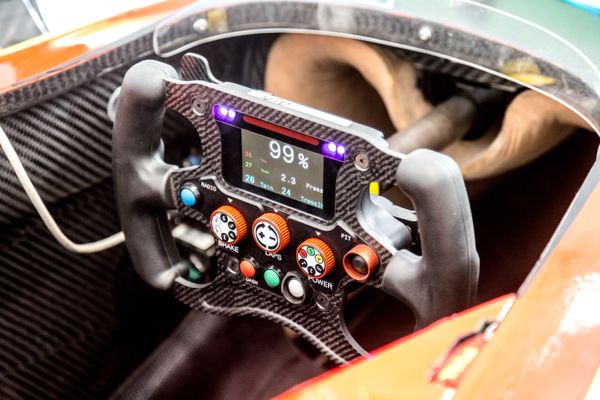 In case you haven’t come across the term before, “operational efficiency” is exactly what it sounds like - optimising processes within the operation of a business in order to gain the greatest result for the smallest input of expense and effort.