We have heard a lot about millennials over the years and the impact that their unique upbringing and experiences have had on a wide range of industries. The fact that they are the largest generation group since the Baby Boomers means that companies ignore them at their own significant peril - bluntly, the “we’ve always done it this way and we’re not about to change” argument doesn’t pay the bills. As a result, we have seen changing trends in travel, human resources, investments, property, retail and, of course, finance.

The changing trends in cross-border payments are perhaps one of the most interesting. They are guided as much by the technology that millennials have grown up with as the behavioural trends created by their upbringing. We are going to have a look at some of those trends here as they will likely continue to influence the future development of the industry.

What is a millennial?

Before we dive into their influence on international payments, we must first define exactly what makes a millennial. It’s worth noting that there has been some criticism of how broadly the term has been applied, particularly in the media, leading to it being “misused to the point where it’s often mistaken for just another meaningless buzzword”. That being the case, we are going to try to stick to only a couple of characteristics - specifically those both widely agreed upon and those most relevant to this topic.

Being a generation group, the main criteria is date of birth, though different sources give slightly different ranges. Most researchers and media classify anyone born between the early 1980s and the mid-1990s as a millennial, though some extend the end bracket into the early 2000s. For the sake of transparency, the author of this article was born around the middle of this range.

Given this age range, millennials are typically very confident and comfortable with technology - especially computers and the internet. The first personal computers were just being invented and released as they were being born and smartphones were starting to emerge as the oldest among them entered adulthood. An interesting additional point with particular relevance to cross-border payment is the fact that millennials are choosing to live and work overseas far more than previous generations.

Of course, it’s not all good news when it comes to millennials and their behavioural characteristics. They were mostly just entering their teenage years as the first social media platforms came into being, which may have contributed to some branding millennials as “Generation Me” for typically displaying a sense of entitlement and narcissism.

Necessity is the mother of invention

One of the key points to come out of the above description is the fact that far more millennials live, work and shop overseas than any previous generation. In fact, Ipsos found that just under half of US millennials routinely make international payments. This creates the demand for easily moving money from one country to another, whether that’s remitting income made overseas to pay off student loans back home (a relatively unique circumstance for millennials) or just buying goods and services from online stores based overseas. Wherever the situation, there remains a need for smooth and simple cross-border payments.

Of course, this came as something of a shock to the payments industry. The simple fact that cross-border transactions were fairly rare and generally involved huge sums of money meant that there was realistically no prior need to develop beyond legacy systems like SWIFT. However, the extreme cost, complexity and slowness of a system created in 1973 proved inadequate as those born just a decade later started earning income and wanting to spend it in different ways than those that came before.

The importance of expectation

According to some, millennials are notoriously entitled. Just do a search for the term on any news website and you’ll find plenty of very extreme examples, though it is worth mentioning that extremes are rarely representative of the majority. To be fair, that degree of entitlement is to be expected, given the environment they grew up in.

This is an age of information and technology. Any question you can think to ask, you can find a complete and highly detailed answer in a matter of seconds with a single internet search. No matter what abstract item you want, you can probably find it on a website somewhere and get it shipped to you in a matter of days. This is the generation for whom “on-demand” was a household term, leading to on-demand TV and movies, on-demand meals, on-demand transport and travel, and so on. The concept of services only being available during working hours or of having to wait long periods to get something you want is antithetical to the millennial upbringing.

And then millennials entered adulthood; started earning their own money and wanting to spend it. The expectation set by the other areas of their life is one of immediacy. If I send money back to my home country or want to purchase something in another country, the thought of waiting as long as a week for the money to get there and having to spend a small fortune in fees seems crazy when so many other areas of life are so much simpler and cheaper.

“There’s an app for that”

The aforementioned expectation inevitably guided the development of fintech solutions since, as we said before, those businesses choosing to ignore the whims and expectations of the single largest generation in human history are not likely to last long against more adaptable competitors. While Apple first used the phrase “there’s an app for that” as part of a 2009 TV advertising campaign, the fact that it’s almost universally true, even in the banking world, is a very clear indication of exactly how easy millennials like their banking.

The DeeMoney app is an excellent example, enabling overseas transfers and transactions with just a few taps. It’s far from the only example, though. The Ipsos data we mentioned before went on to show that substantial percentages of millennials use their mobiles to pay for everything from taxis to meals. Additionally, nearly half receive their salary through bank transfers instead of physical paycheques.

Incidentally, this is also the generation that started entering the workforce just as the global financial crisis of 2007-8 hit, making millennials especially distrustful of traditional banks. As a result, an increasing number of those bank transfers are reportedly being made to neobanks.

However, it is worth noting that the Ipsos study also found that the biggest obstacle millennials face with regards to mobile banking is a significant concern around security. So, if you wanted to make a bet on what the next big disruptive development in finance generally and cross-border payments specifically will be, improvements to security are likely to be high on the list. 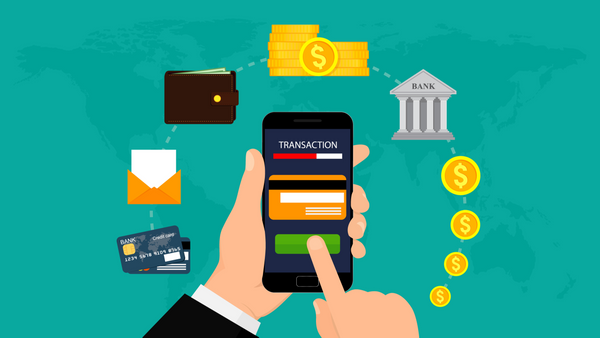 The mobile money ecosystem is pretty much exactly what it sounds like - the movement of finances facilitated entirely through your mobile phone. Such an ecosystem is possible thanks to 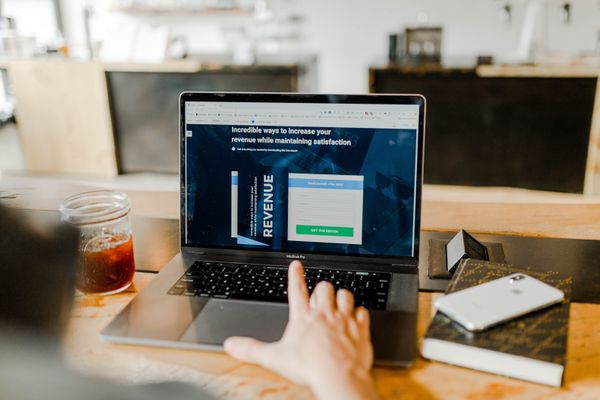 Financial services are effectively essential in modern life, regardless of where in the world you live. Wherever money is used for exchange in place of barter, there you will find