Have you ever wondered why Chinese people give money on Chinese New Year? Not just any money, but money in a red envelope in particular.

Nowadays, the tradition is practised in China and in many families in neighbouring Asian countries like Japan, South Korea, Vietnam, Taiwan, and Thailand.

The Legend of Red Envelopes

The tradition began long ago when the monster “Sui” visited children every night before New Year. After the Sui monster touches a child's head, the legend says, the child will end up in a fever and their mind will become unstable.

Attempting to protect the children from the horrifying monster, parents tried to keep their children awake all night before New Year until the monster went away.

One day, a child was given 8 coins from the parents to play with so that the child would not fall asleep. The child played with those coins by wrapping and unwrapping them with red papers over and over until they got tired and fell asleep eventually.

The parents then put those coins under the pillow. That night, when Sui came to the child and touched the forehead, the eight coins shone and frightened the monster away. These 8 coins were, in fact, the 8 immortals from a Chinese legend in disguise!

From then on, parents continue to give 8 coins strung in red thread, the colour of luck, to their children as an amulet to ward off evil spirits every New Year. Thus began the red envelope tradition.

A Simple Guide to the Red Envelope Etiquette

Like every tradition, the red envelopes tradition evolves over time. If you need more clarification about the red envelope etiquette, DeeMoney has compiled a list to help from how much money you should put in, when to give, and how to receive them so that you can participate in this tradition with confidence.

1. Always Give the Newest Bills

It is considered improper to give wrinkled old banknotes. Many people go to banks to withdraw or exchange new notes for this Chinese New Year tradition. At the very least, you can pick clean new bank notes to put into the envelopes.

Given Hong Bao's backstory, it's rather ironic that giving coins is unfavourable. Nonetheless, tradition gradually changes all the time. The proper way for this New Year tradition now is to avoid putting coins in the envelope but put bills instead.

3. The Lucky and Unlucky Numbers

How much money should I put in the red envelope? Though the answer depends on who you are giving the money to and your budget, the auspicious and the evil number should be taken into account during the process.

In Chinese culture, 8 (八, bā) is a lucky number because its pronunciation is similar to the word wealth (发, fā).

On the other hand, the number 4 (四, sì) is not recommended because the pronunciation of the number 4 in Chinese is close to the word death (死, sǐ).

In short, the guideline is that it is safe to give money with the number “8” one of the digits (80, 800, etc.) and avoid the number 4 (40, 400, etc.). There are no restrictions on how much you give the recipient. It depends on how close you are to each other and your capability.

Apart from the money inside, the red packet on the outside is crucial too. The packet does not only create a good first impression but also conveys messages to the other. Like the new crisp bills, your envelope should look new as well.

Many red envelopes have blessings written on them. So, in most cases, you are unlikely to send out anything harmful.

The part that you need to focus on is the pictures on the envelope. In China, there is a 12 zodiac system, represented by 12 animals. Unlike in western culture, where the zodiac changes every month, each animal in a Chinese zodiac sign represents a year.

The symbol of this year is a rabbit. So, you would not want to use an envelope with a tiger or a pig on it.

If you are environmentally conscious and don’t want to throw the red papers away, you can look up how to make Chinese New Year-themed crafts online (e.g., lanterns or fans). It could turn out to be another fun activity to enjoy with your children or your family.

5. It's Not Only for Children

Many people picture children smiling happily with the packets in hand when talking about red envelopes. That does not always need to be the case. The envelope of fortune can be given to adults too. There are some circumstances in which you can give red envelopes even if you are no longer a young adult.

In the past, unmarried adults were not expected to distribute red envelopes. If you wish to send out joy in this festival, there are no rules prohibiting you from doing so. Likewise, unmarried seniors giving red envelopes to others is a common practice.

6. You Can Give Them in Several Occasions

Sending red envelopes is a tradition associated with good fortune and prosperity, not limited to the Lunar New Year. There are other significant events to prepare red envelopes as examples.

7. Receive with Both Hands

After exploring how to give gifts, it’s time to learn the etiquette of receiving red envelopes.

Receiving something with both hands is a sign of respect and showing that you pay full attention to the other person, especially in Asian culture. Therefore, to show gratitude for the sender’s thoughtful gesture, you should accept the red envelope with both hands. Apart from that, always say thank you and wish them a very happy Chinese New Year.

Here are some simple Chinese New Year's wishes to express your gratitude:

Everyone can relate to feeling happy when receiving a gift. Even though many people frequently ask if they can open their gifts then and there, the scenario is very different when it comes to red envelopes.

In many Chinese communities, you can be perceived as impolite if you want to check the money in front of the receiver. The best place to open the envelope is in private, like in your own room rather than in front of the sender.

All in all, though the idea of a red envelope or Hong Bao is fun and exciting, the Chinese New Year is not just about money in red pockets. It is the time when families gather, share stories, and share happiness in a warm and cosy environment.

What if you and your family live far from one another? No worries! No matter how far you are from another, you can still send red envelopes along with wishes across the world online.

Let’s celebrate this wonderful tradition with the DeeMoney Neo application! This New Year, you can send money worldwide with DeeMoney Neo to make your international transfers faster, easier, and more affordable!

💡Save up to 12% Per Transaction! with the better money transfer solution. Sending money from Thailand back to your home country has always been a daunting task, from convincing the bank to let you open an account to providing tons of documents every time you want to do an international

We all know that having a solid financial goal is crucial for our wellness. However, sometimes we do not know where to start. That’s when the SMART goal steps in and saves the day. What is SMART? SMART is a framework for you to plan your goals more efficiently. 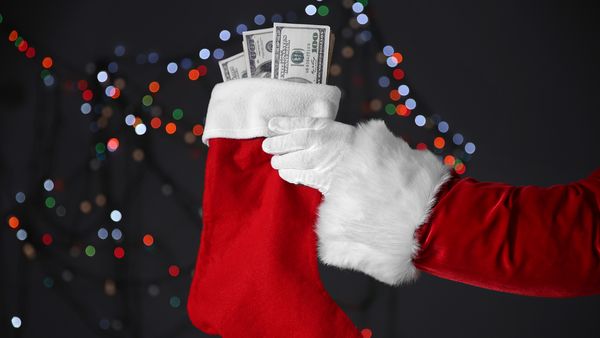 One advantage of a monetary gift is that you will never give the receiver anything awkwardly bad! In this way, you can be sure that your gift will not be wasted because people can use that money to buy anything they want.